On a mid-autumn night when the moonoverflows, Jingdezhen China ceramics museum will celebrate "ourfestival" with you The moon overflows wit

The celebration of the seventieth anniversary of the People's Republic ofChina coincides with the Mid-Autumn Festival. On the evening of September 13,an elegant performance full of elements of traditional Chinese culture began inJingdezhen China ceramics museum Multi-function Report Hall.  Officials from the municipal government,Jingdezhen China ceramics museum and Jingdezhen College, together with morethan 300 citizens, enjoyed the special beauty of the Mid-Autumn Festival nightin the museum and the unique charm of Chinese traditional culture. 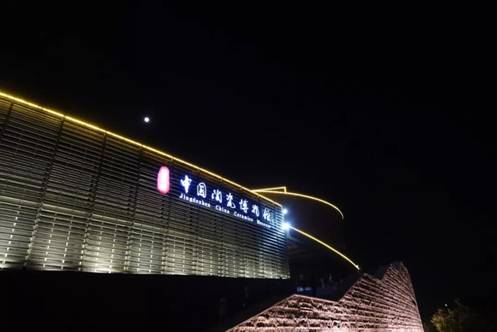 Accompanied by the soft and graceful tea art performance "Tea, Musicand Flowers", the audience tasted the traditional moon cakes speciallyprepared by the museum for everyone, and the elegant performance was gettingbetter and better. 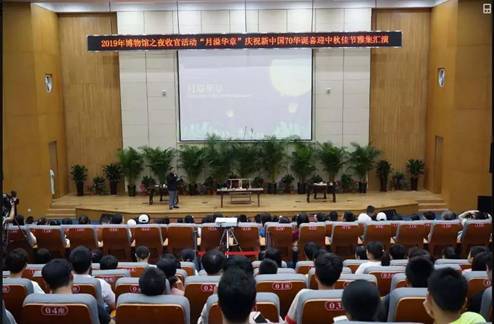 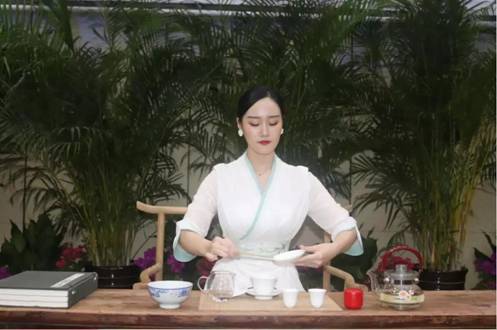 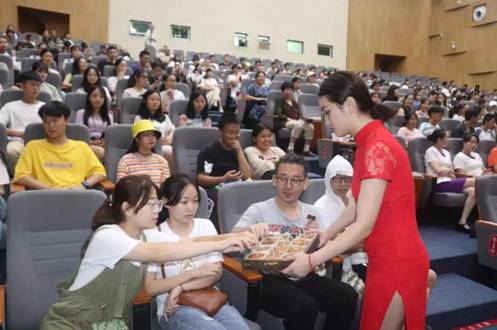 The majestic ErhuHorse Racing, the melodious guqin Flowing Water, the beautiful porcelain fluteNine Zhang Ji, the Love Song of the World of mortals, the affectionate readingof the classic masterpieces Pipa Xing and Jiangjin Jiu, the gentle andcontinuous Kunqu opera aria Peony Pavilion Garden, and the wonderfulperformances of live calligraphy, painting, incense and flower art show thecharm of excellent traditional culture to the audience.  At the same time, the performance wasinterspersed with interactive links with the audience. The lively and lovelychildren presented their Mid-Autumn Festival blessings to everyone and receiveda series of "Practical Courses on the Study of Chinese ExcellentTraditional Cultural Ceramics" prepared by the museum. 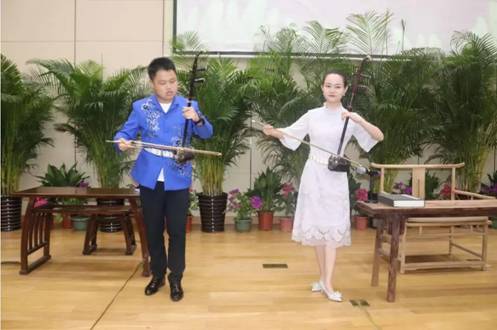 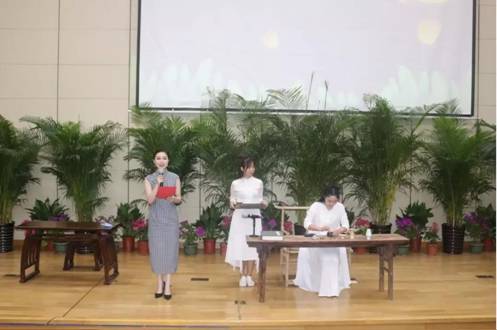 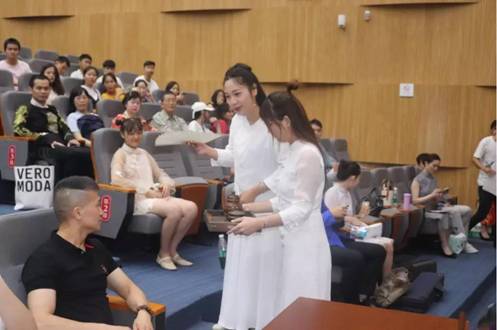 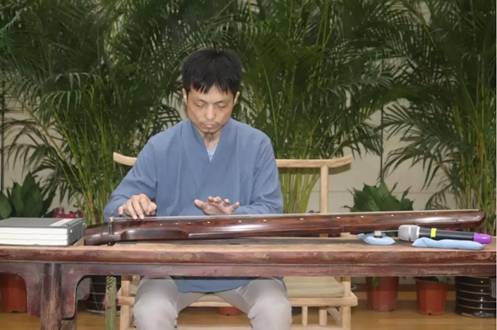 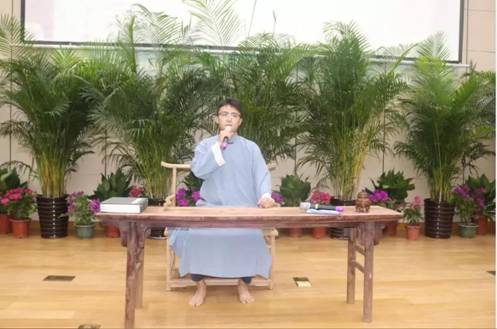 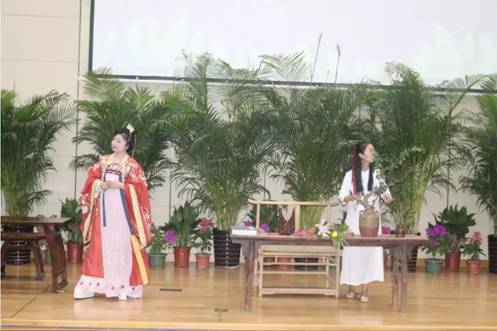 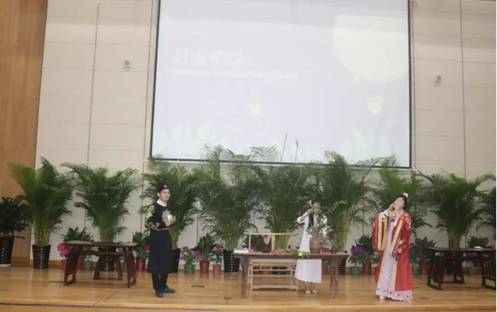 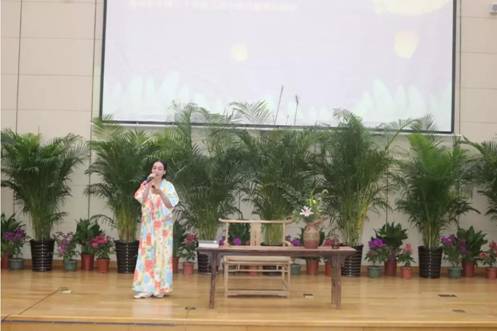 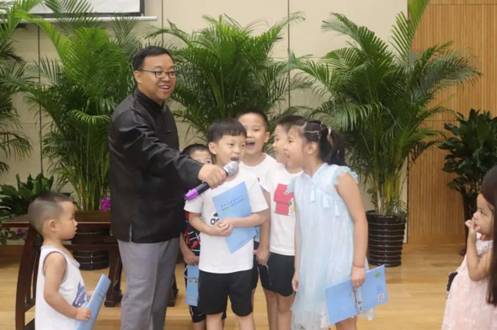 As the firstplanned and operated "Museum Night" activity in Jiangxi Province,from August to October 2018, Jingdezhen China ceramics museum, launched thefirst "Museum Night" activity, extending the opening of museums thatare only open during the day to the night in summer, and simultaneouslylaunching a series of activities including lectures, social education, poetryrecitation, costume performance, etc., which have achieved good socialbenefits, formed a wide range of social impacts, and achieved a good effect ofusing museum resources to benefit culture and people.  On July 19, 2019, a new season ofJingdezhen's "Museum Night" will be launched. Compared with lastyear's "Museum Night", Jingdezhen China ceramics museum has jointlyorganized three state-owned museums that have the conditions to open nightgames. During the 17 weekend Saturday night open days in August and September,a series of wonderful activities including a special lecture by renownedcultural scholar Wang Luxiang, a special lecture on study tours, and culturalexperiences of young people have been carried out. 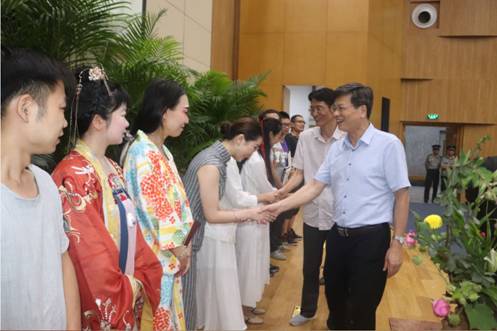 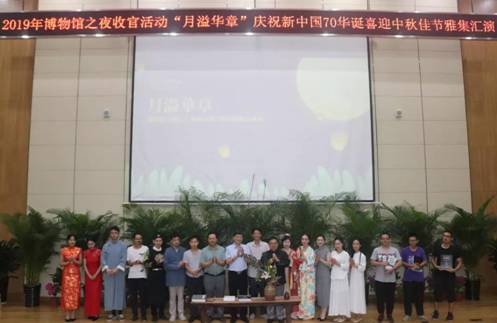 The fair is theclosing ceremony of the 2019 "Museum Night" and is an importantmanifestation of the in-depth implementation of the spirit of General SecretaryXi Jinping's series of speeches on cultivating and practicing socialist corevalues and actively responding to Jingdezhen's efforts to create a nationalcivilized city.  The performance, in theform of traditional culture, has created a strong Chinese atmosphere for theMid-Autumn Festival, further promoting the excellent traditional culture of theChinese nation, bringing artistic enjoyment to the citizens and displaying theelegant demeanour of the city's traditional culture and arts.